Is Iceland one of the happiest countries in the world because of great Internet?

Icelanders are one of the happiest people in the world, coming in at fourth place in the World Happiness 2017 report. Iceland has been a regular in top 10 for some time now. But why are Icelanders so happy? Could it be because of their amazing Internet?

Fibre to the Home is taking off!

Iceland has a lot of Fibre to the Home (FTTH). The Post and Telecom Administration in Iceland just released a new report for the Icelandic Telecommunication Market recently and we have some great news. Fibre to the home is really taking off and we have record numbers for year 2017. FTTH penetration is up 33.8% year-on-year and is now 42.4% Out of 133,574 homes in Iceland, 56,649 are now using FTTH. Almost 78% of Icelandic homes have access to FTTH, which means 57% of homes that have access, choose FTTH. 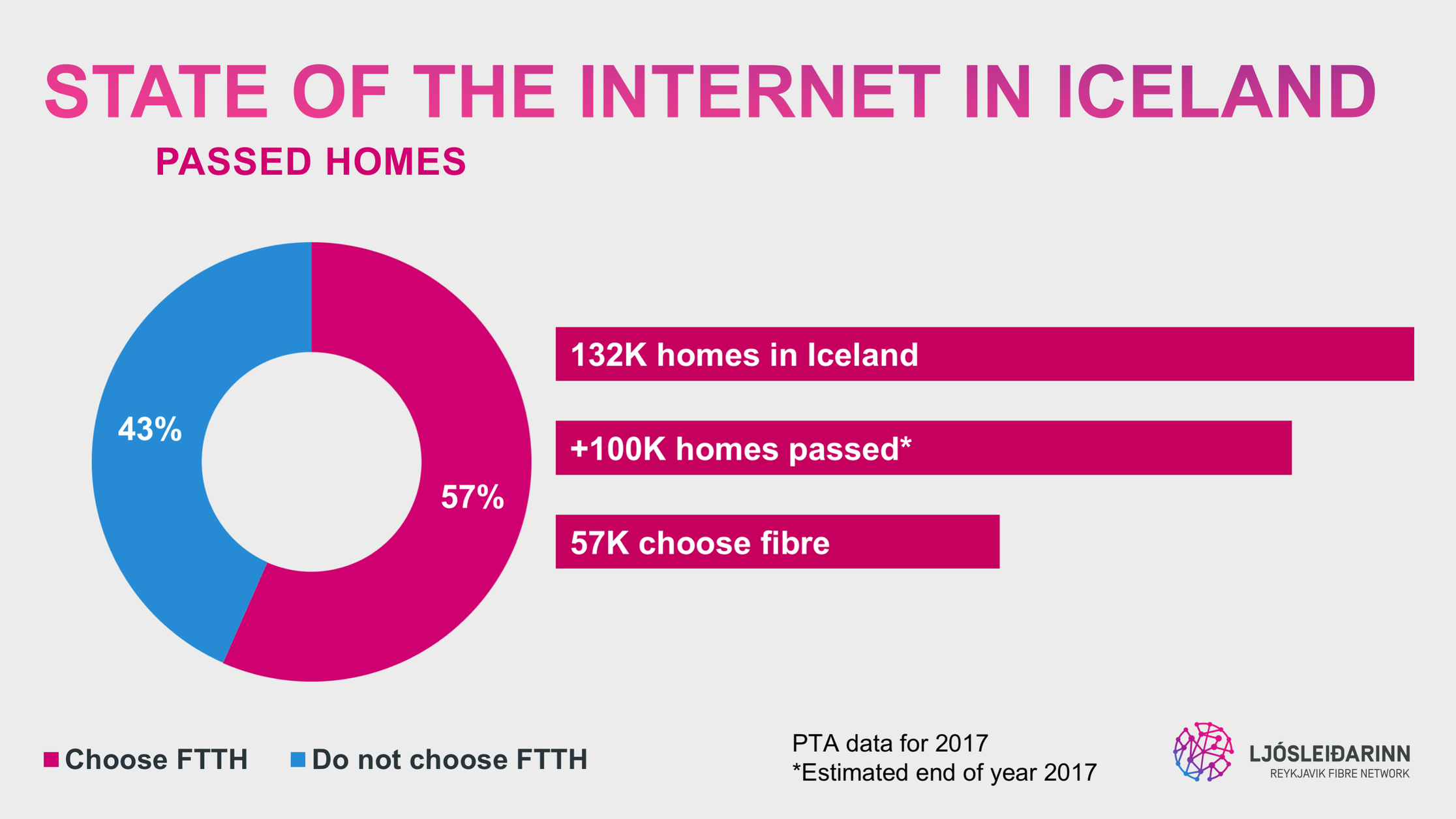 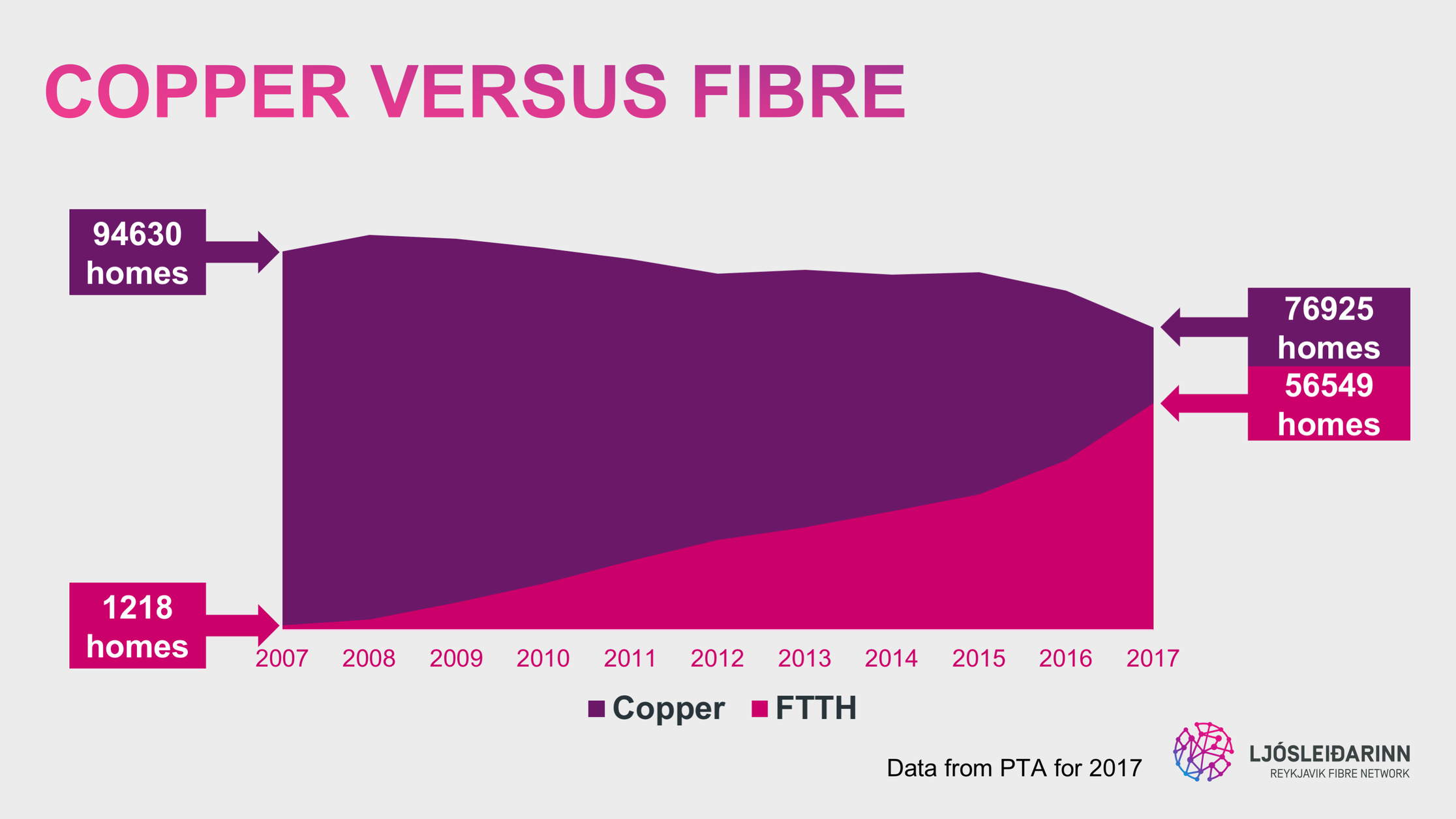 From monopoly to a competitive market

The Icelandic telecom market was opened up just over twenty years ago. At that time, there was just one access provider, which was privatised as a part of the incumbent service provider in 2005. Since then, the Icelandic market has seen many new arrivals joining the market. In 2006 Iceland finally saw some competition in access networks. 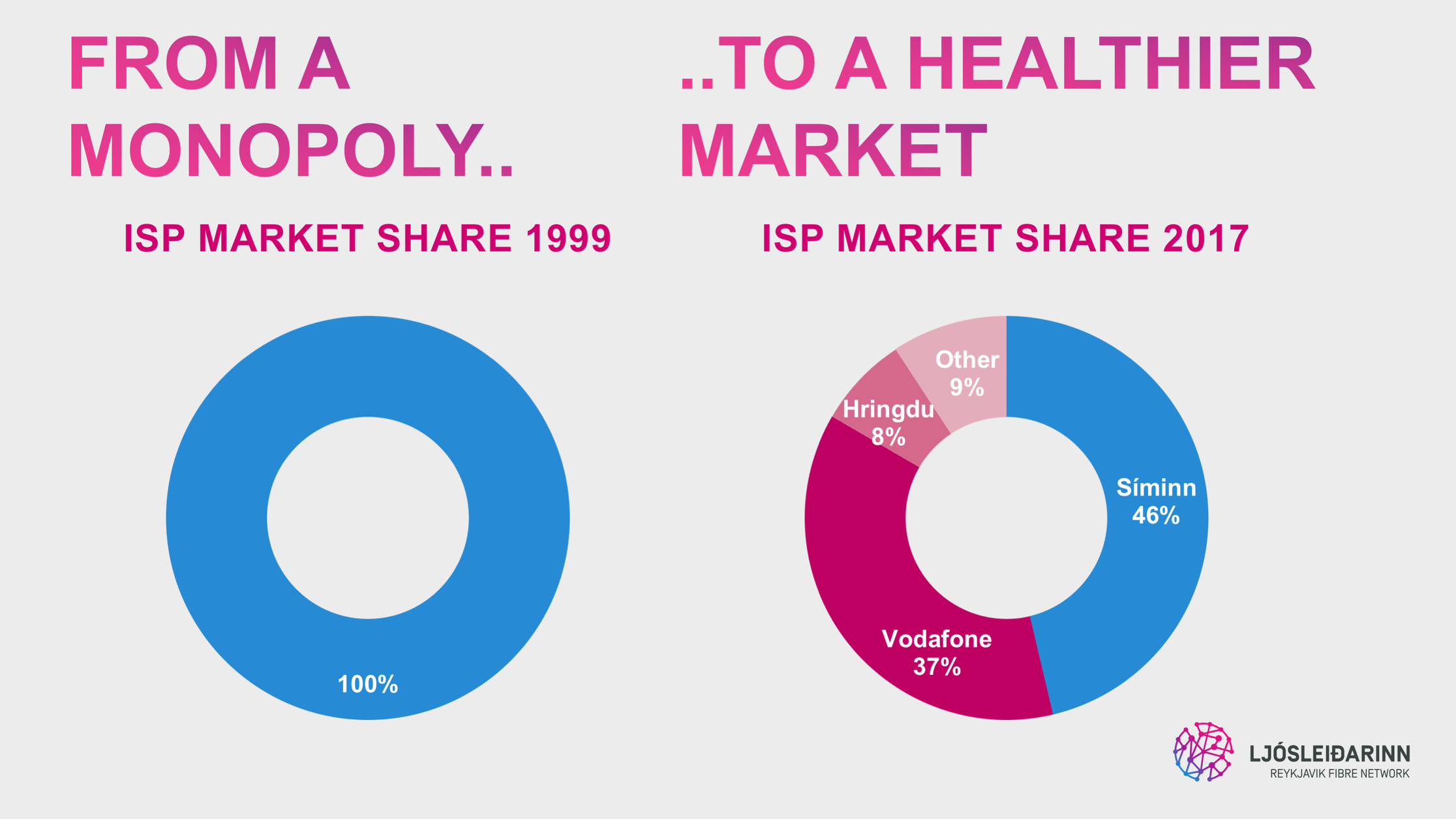 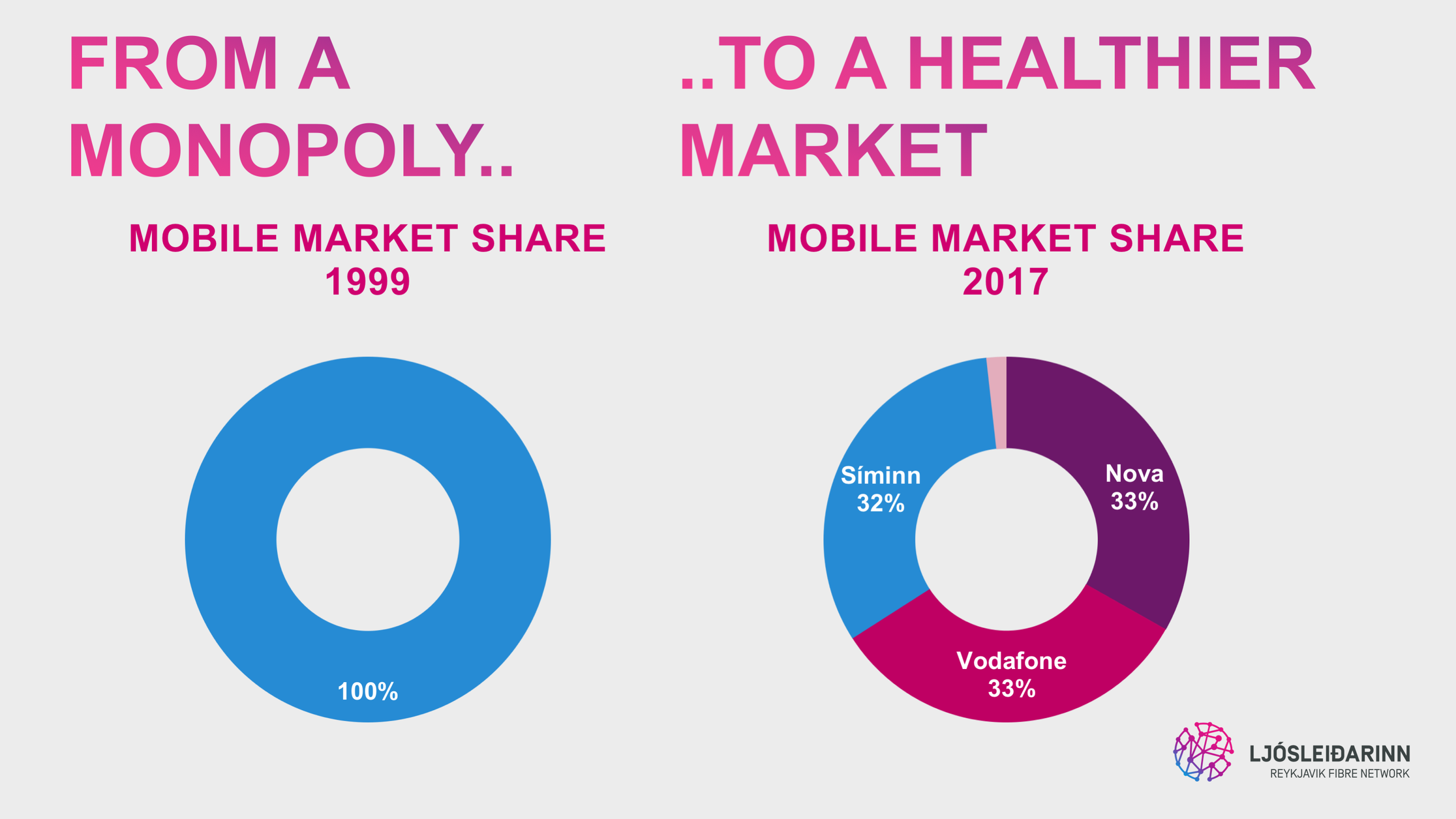 RFN’s network is also being used as a fibre backhaul for mobile networks, where the market is even more competitive with two new mobile providers. Today, we have three fast 4G networks available to almost every Icelander. Some of networks are actually upgrading to 4.5G so that cell towers can deliver one gigabit performance. Iceland now has the fastest mobile networks according to Speedtest.net with an average top download rate of 66 megabit per second.

One gig takes off with a bang

Internet speed is also on the move. The number of homes with one gigabit bandwidth increased tenfold last year, went from 2.261 to 22.334. But how was this achieved? 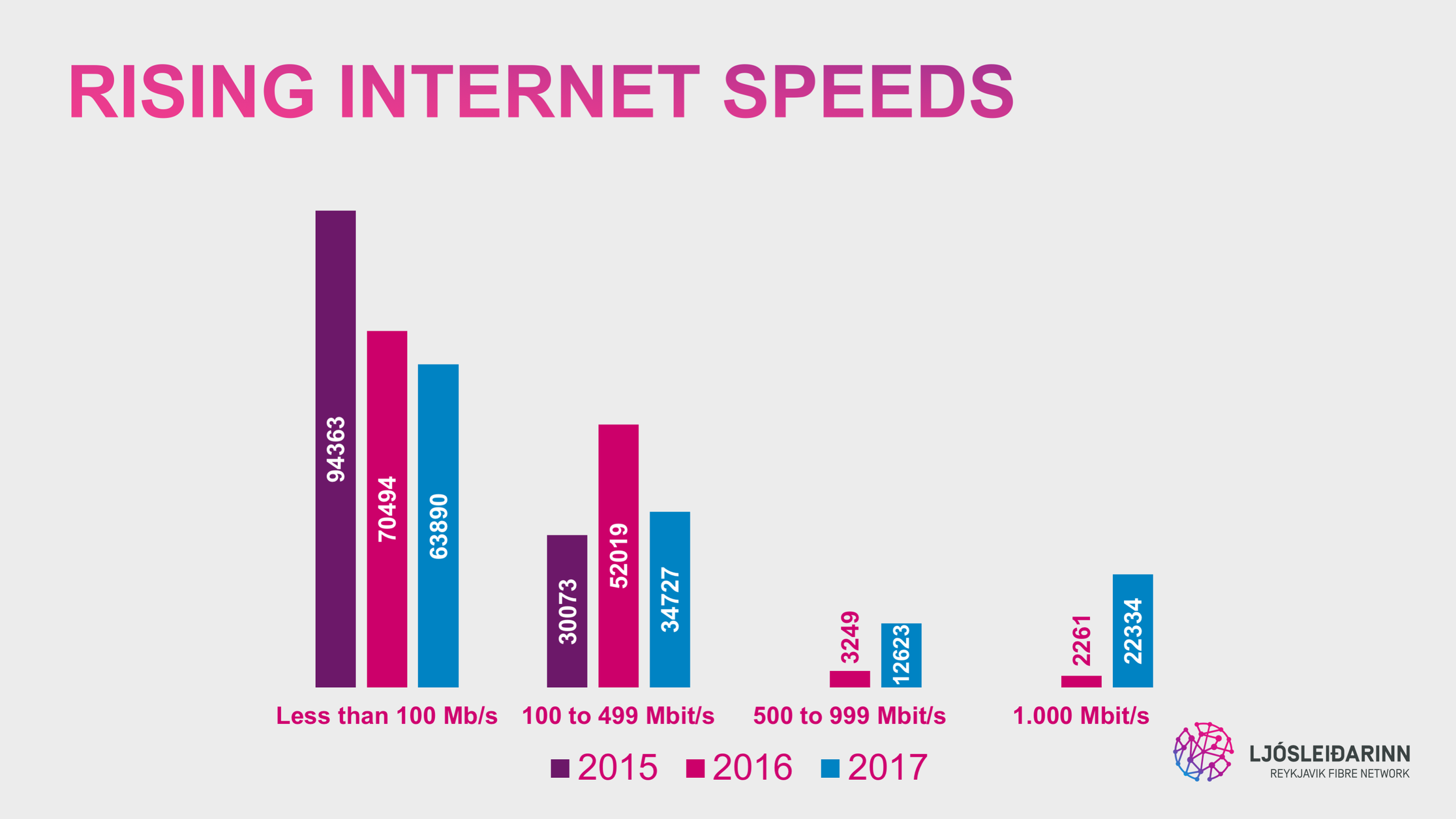 Reykjavik Fibre Network played a huge part in moving homes to one gigabit access. In just 20 months, 90% of homes connected to RFN’s FTTH network upgraded to one gigabit service. This was accomplished by offering a free installation of a one gigabit capable access device and with the help of Genexis. Cisco helped by hastening RFN’s backbone upgrade process with new equipment that would deliver one gigabit to all homes on the network. The installation process was also streamlined with the help of a setup app and a new process called “One visit”. 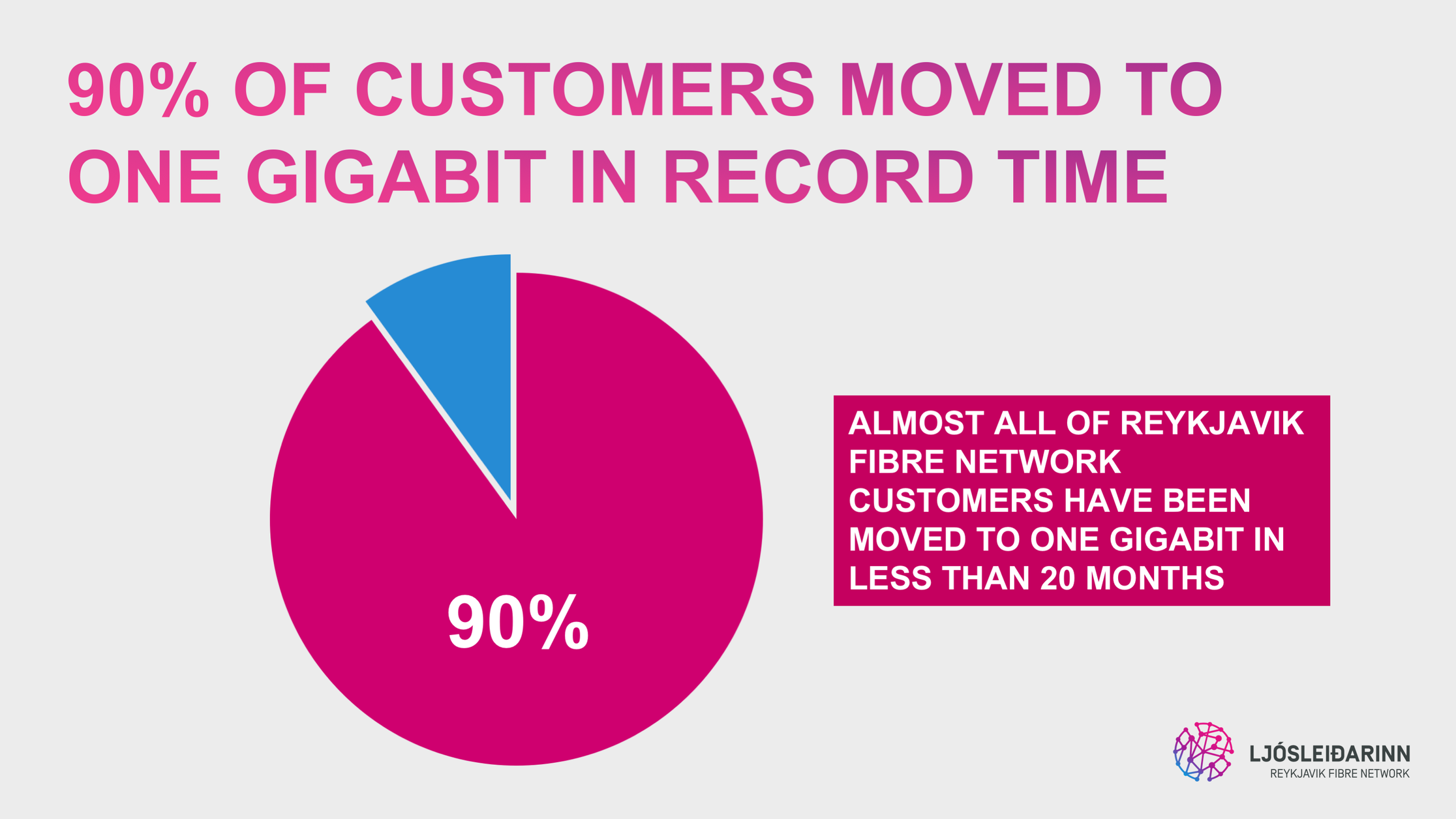 Iceland is the second fastest country in the world 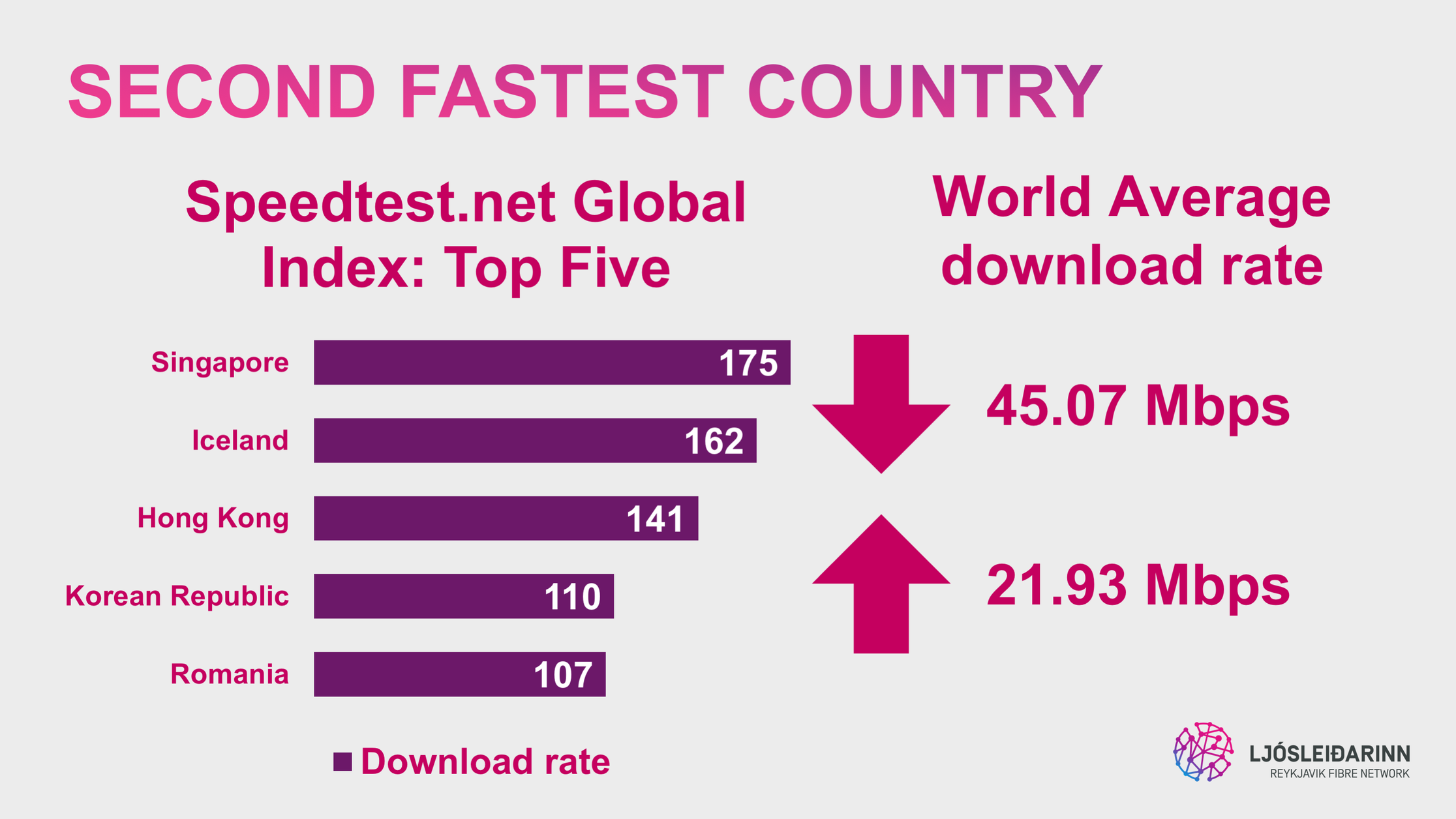 According to our friends at Speedtest.net, Iceland is now number two in the Global Speed Index, second only to Singapore. Icelandic homes reach, on average, 162 megabit per second download rates, trailing Singapore at 174 megabits. 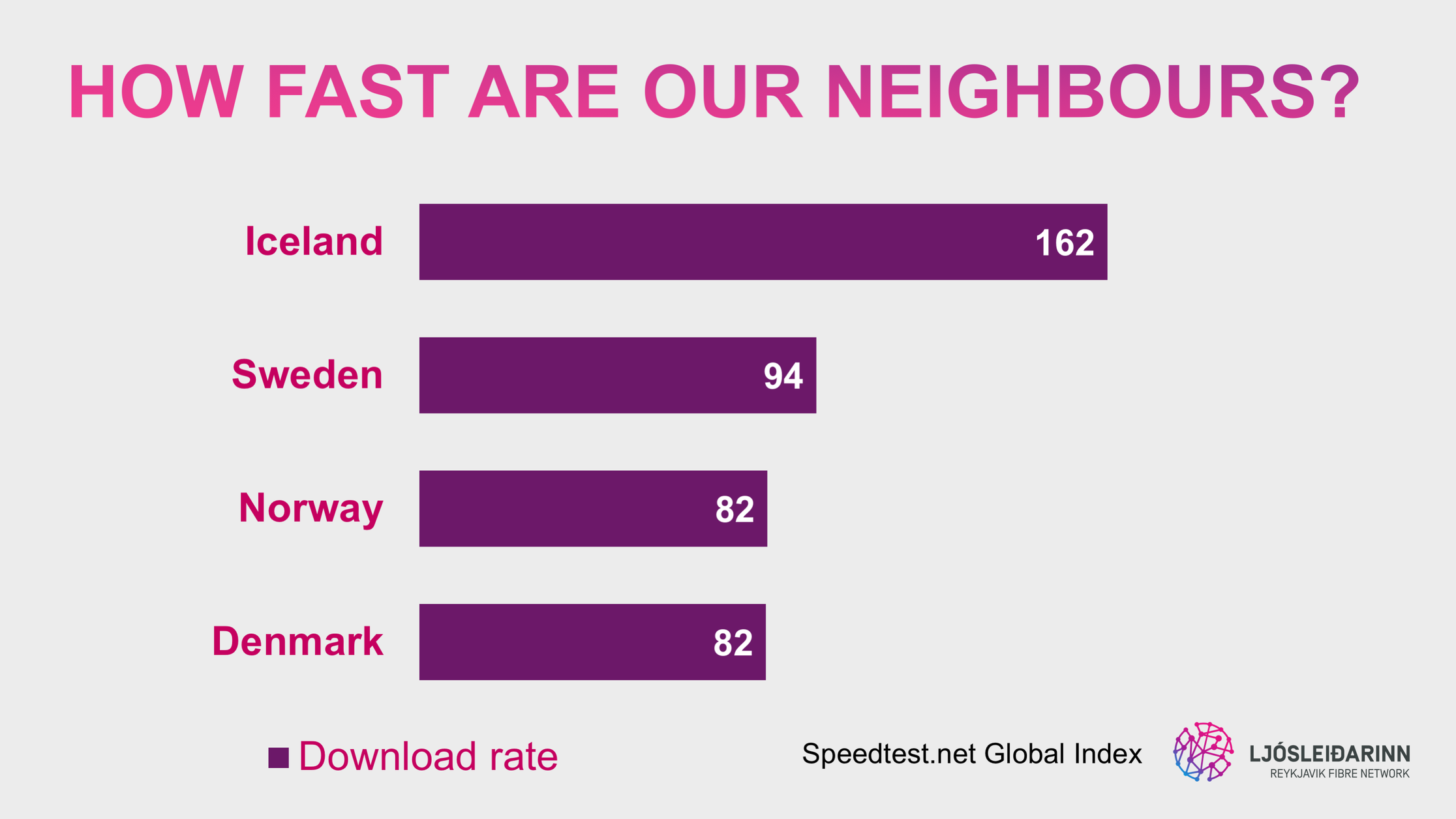 Iceland leads the way in information and communications

The United Nations do an annual report on the status of information and communications in all member states. The report measures several factors like access to computers, access to internet, internet speed, level of education and more. Iceland recently took first place from South Korea, thanks mainly to higher internet speed. You can view the results of last year’s ICT report here.

Icelanders really love the Internet, and we can see that from how we use it. 59% of Icelandic homes have a subscription to the streaming platform Netflix (MMR data from June 2017). People aged between 18 and 29 years are even more keen on Netflix and 77% of them subscribe to Netflix. We also love social media platforms, with 92% of Icelanders on Facebook and 62% posting on Snapchat (Gallup data from November 2017). 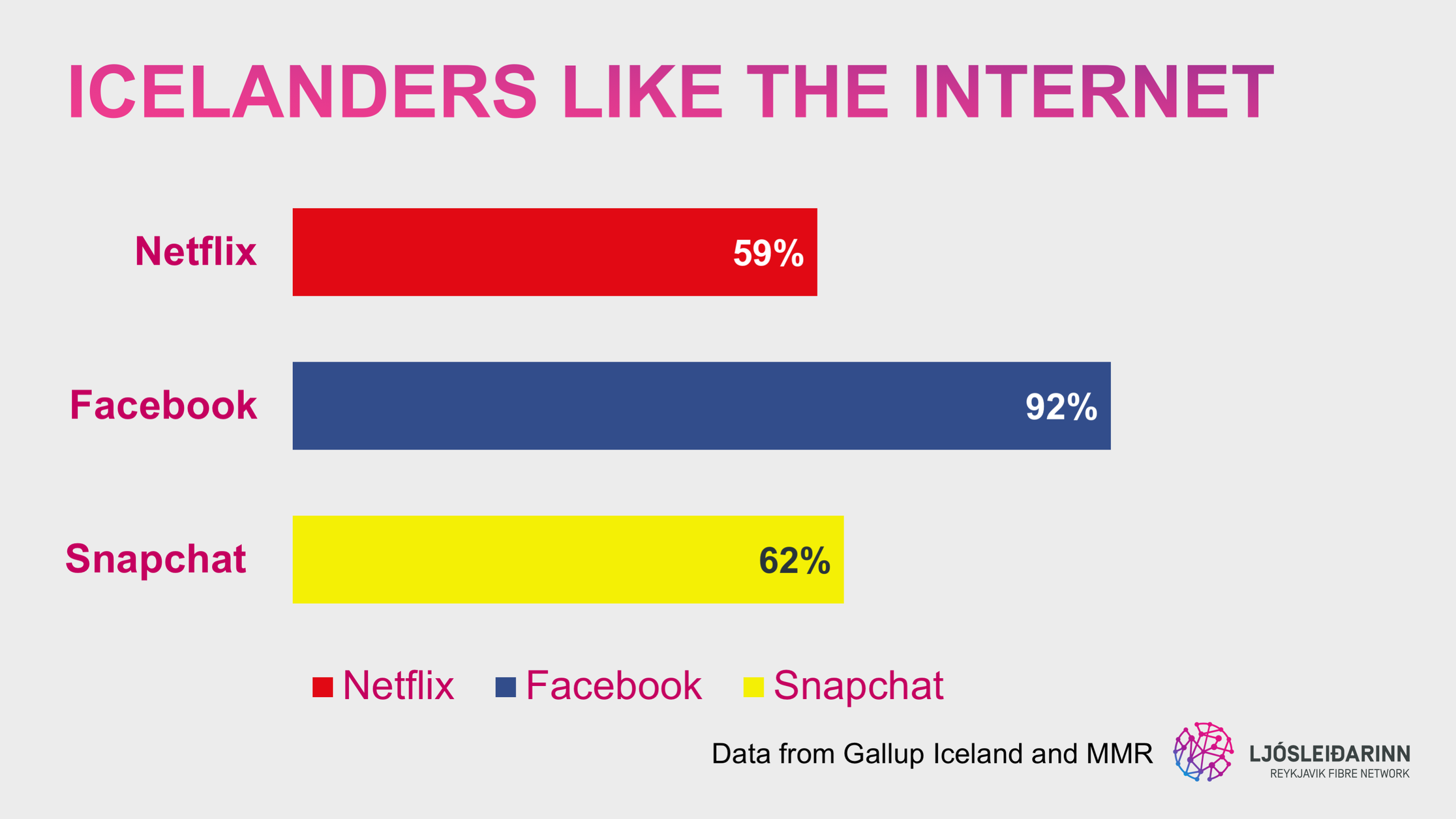 Reykjavik Fibre Network does not compete with service providers. We focus on our own strengths which are operating our state-of-the-art open access network and providing exceptional service to all our partners and customers. We believe that a powerful open access fibre optic network is one of the building blocks for smart communities.

Please share our story and if you have any questions send me a message!

Please use the contact form on the left side if you have any questions.

Thank you very much, Your enquiry has been sent